I recently found a site for getting such great flight deals that I had to share it with you – I Know The Pilot.

I first heard about this site through friends who told me it had the best flight deals from Australia – they weren’t wrong.

As someone who travels every school holidays, I am always looking out for great flight deals. Previously, this has meant signing up to a ton of airline newsletters. Thankfully, I Know The Pilot has simplified this for me as they send a daily newsletter with everything compiled.

I’m constantly surprised by how cheap their deals are. 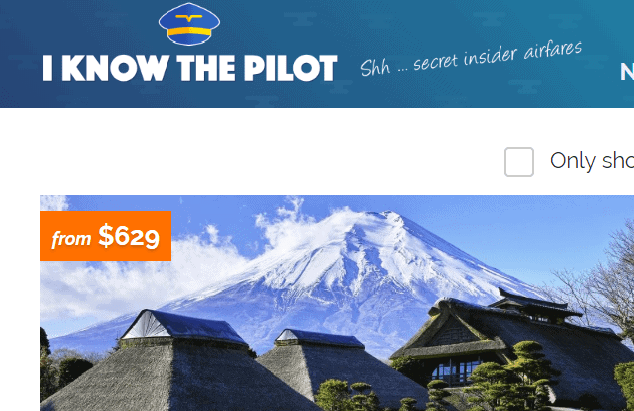 I Know The Pilot Review

The following is a small snippet from the I Know The Pilot cheap flights newsletter from earlier this week. The same newsletter also had Amsterdam for $844, cheap domestic, Japan and Singapore flights. 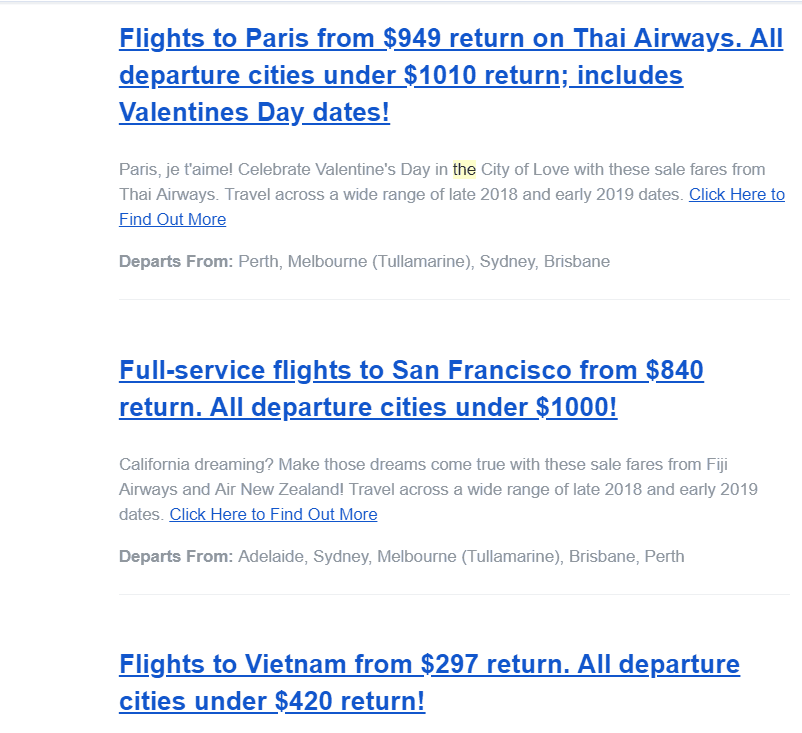 I have seen forum posts online where people ask if I Know The Pilot is a scam.

I booked my upcoming flights to the US through one of their deals and I could not be happier. I’m now looking out for flights to New York next May. I know they will come up sooner or later. I love the I Know The Pilot Melbourne deals and they look just as good from everywhere else.

In the meantime, I highly recommend that if you are thinking about flying anywhere at all that you sign up to their newsletter. Half a million other Australians already are!

They are constantly updating their site every day with new I Know The Pilot airfares and it’s much easier to get everything in an easy to read newsletter which you can scan quickly for the destinations that interest you. Following the Facebook page is also useful.

There is also I Know The Pilot New Zealand for any Kiwis reading this. You can find it here. As well as a US version here.

So next time you want a great flight deal, make sure you check I Know The Pilot Australia first.

You may also read more of our travel articles here.

How To Start Point Hacking In Australia!
8 Reasons To Go To Seoul, The World's Most Underrated Tourist Destination!
Best Place For A White Christmas
All About Having A White Christmas In Switzerland

View all of Sharon Gourlay's posts.

I’m Sharon. A forty year old Melbournian entrepreneur with three kids who can’t stop travelling! In this blog, I share my life and my quest to live simpler and smarter.